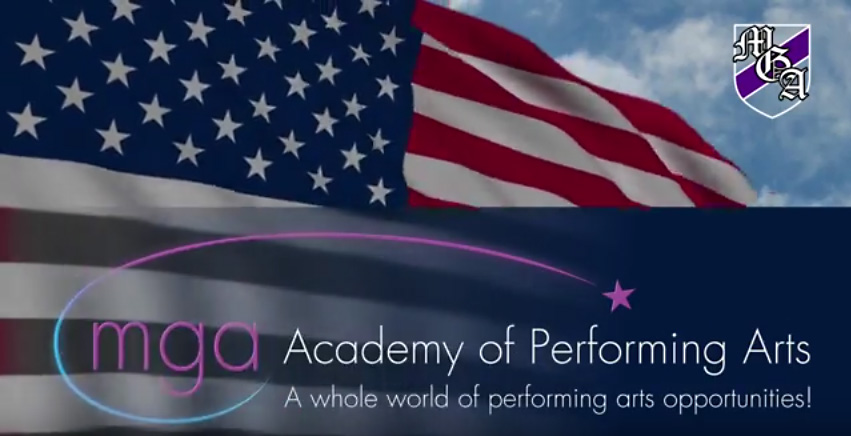 MGA flying out to NYC!

It’s that time of year again… yes, when MGA students head over to the Big Apple and see what industry life is like on the other side of the pond!

Every year the team at The MGA Academy of Performing Arts take a week out of their busy schedule to take MGA’s full-time students to the USA to experience the wonders of New York City and BROADWAY.

Students and staff will be taking in a four-night trip of theatre, classes, lectures and (of course) sight-seeing in the Big Apple from Monday. So what’s in store for them…?

Our Dance students will be given the opportunity to work with Sarah O’Gleby in a private masterclass just for MGA at Pearl Studios. Sarah is originally from England and now resides in New York. She has performed in numerous West End and Broadway musicals as well as many award shows and in tv/film. She has been a part of the team to choreograph the opening sequence for Ted 2, the famous Tony opening number with Neil Patrick Harris, many Oscar nights, the NBC live musical holiday events as well as Broadway shows, Opera, and special unique one night events for brands such as Hermes and Rimowa.

And our Musical Theatre students will be taking an ‘Acting Through Song’ workshop with none other than Bonnie Milligan – known as “Belting Bonnie” – the lucky things! Here is a little clip of her working with Laura Osnes who held the workshop for us last year! Only at MGA!

And from there it gets better and better and better! Dr. Michael Hill-Kirkland has travelled up from Virginia, USA to teach our Acting students in a private masterclass at Pearl Studios. Michael is a professor in the Department of Theatre Arts at Regent University specializing in acting, directing and stage combat. He is a member of Actors Equity Association, Screen Actors Guild (withdrawn), and is a Certified Teacher with the Society of American Fight Directors. At Regent, Dr. Hill-Kirkland is the on-site coordinator for the Virginia Beach BASH, an annual regional stage and screen combat workshop sanctioned by the Society of American Fight Directors. He teaches courses on the Meisner Approach to acting, Armed and Unarmed Stage Combat, and Advanced Directing.

Dr. Hill-Kirkland has worked nationally and internationally as a professional actor, director and fight director. He guest taught at UK institutions including London’s Royal Academy of Dramatic Art and the Birmingham School of Acting, as well as teaching and directing for us here at MGA in Edinburgh.

We have also been invited to see Fun Home – the new, award-winning Broadway musical at the Circle in the Square Theatre – by the show’s Company Manager and friend of MGA, the lovely Tracy Geltman. Five Tony Awards including ‪Best Musical…‬ WE CANNOT WAIT!

This is a special, annual trip for our students and a great chance to appreciate both the theatre industry and culture of the USA, and learn about the work ethic of the people who work there. An education… and an amazing time to boot! Want to come in 2017? 2018? Come and join the fun at MGA!

A fantastic Industry Week for our graduating year students

Last week, MGA welcomed special guest professionals from across the Performing Arts industry to speak with our third-year students for our annual Industry Week. Huge thanks to the visiting casting directors, choreographers, agents and creatives who participated and shared their incredible Industry knowledge, experience and talents with our graduating year… » Read more

Our Full-Time School Spring and Summer productions are now open for booking. We’re delighted to be working with the team at The Theatre Store.com, where you can now purchase tickets for our upcoming seasons of graduate productions. We are thrilled to be welcoming some wonderful visiting Artists from across the… » Read more

Apply now to join our Full-Time courses in September 2021

Apply now for September 2021 entry for Acting, Musical Theatre and Dance training at The MGA Academy of Performing Arts! From HNC Foundation courses through to three-year BA Hons degree qualifications, applications are now being accepted for Phase Three of our audition process which ends Friday 26th March 2021. If… » Read more

We’re incredibly delighted to be welcoming immensely talented director and actor Simon Greiff to MGA later this Spring! He will be working with our third-year Musical Theatre students, directing their production of Carrie: The Musical with our very own Simon Hanson as Musical Director. Carrie: The Musical is on Wednesday… » Read more